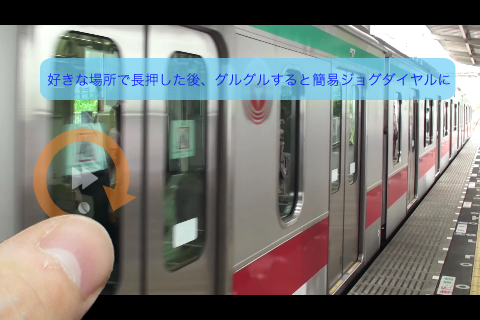 This is for mid-range jump ability longer than flick and preciser than the vertical slider. When you long-press anywhere on the video screen, the FF/REWIND icon will appear. Then draw a circle around the icon. the smaller circle is counted as 1 minute, bigger as 5 minute. The total jump minutes are shown at top of the screen. Turning clockwise increments the count (which results jump to forward direction), and counterclockwise for decrements (means move backward). When you release your finger, the playback point will change as the counter.